A Macmillan bake sale in the office was a huge deal for me to organise as the newest member of Focus! I knew that I wanted it to be building wide to be able to fundraise as much as possible but I had no idea if I’d be allowed or how a bake sale would go down in the building.

I got it organised with the office manager and then popped a message around the team to let them know my plan and in true Focus fashion they all rallied around and offered to bake some goodies and spend their pennies at the sale. 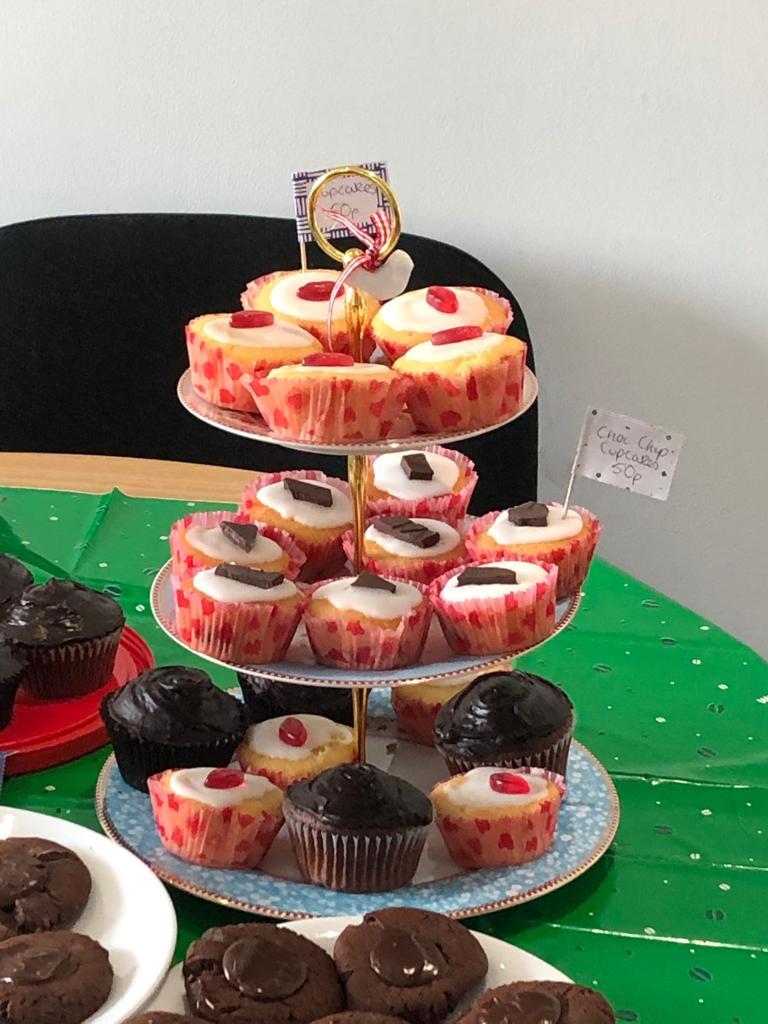 Monday night baking turned into very late night baking, after I’d declared enough was enough when fantastically simple recipe of three ingredients – including eggs - ended up catapulting across the kitchen. Luckily the majority of my mixture remained completely unscathed. The rest of my kitchen however was plastered in egg and chunks of cottage cheese, including myself. I cleaned up the mess and waited for the mini savory muffins to bake, swearing that this was a bad idea!

Determined to finish day two’s baking on a high, I hopped back into the kitchen and started with rolling out the cookie dough I’d prepared the night before. The team started sending through photos of their baked goodies, spurring me on throughout the evening. The cookies were baked, the cupcakes came out well and the flapjacks were looking good. With just decorating and topping to do I was feeling positive. As I began piping the chocolate fudge icing onto the cupcakes I couldn’t believe how well everything was going, then I had a sudden realisation.

Yes, all the baking was done but how was I supposed to transport it all to the office the next morning!?

I started rambling through my tupperware cupboard pulling out every viable tub and container I could find. Those, plus, a huge amount of greaseproof paper and tin foil saw me packaging my baked goodies ready for their journey on the train with me in the morning!

Coming into the office, carrying my height in baked goods, was a challenge but seeing that the team had their contributions to the sale in hand made my morning. We had choc chip cookies from Frances, brownies from Dan,

cupcakes from Annette, Shaun the sheep and cookie monster cupcakes from Jordana and Simon had sent a lovely cookies and cream cake to add to the collection too, it was a fantastic spread and a great display of teamwork. 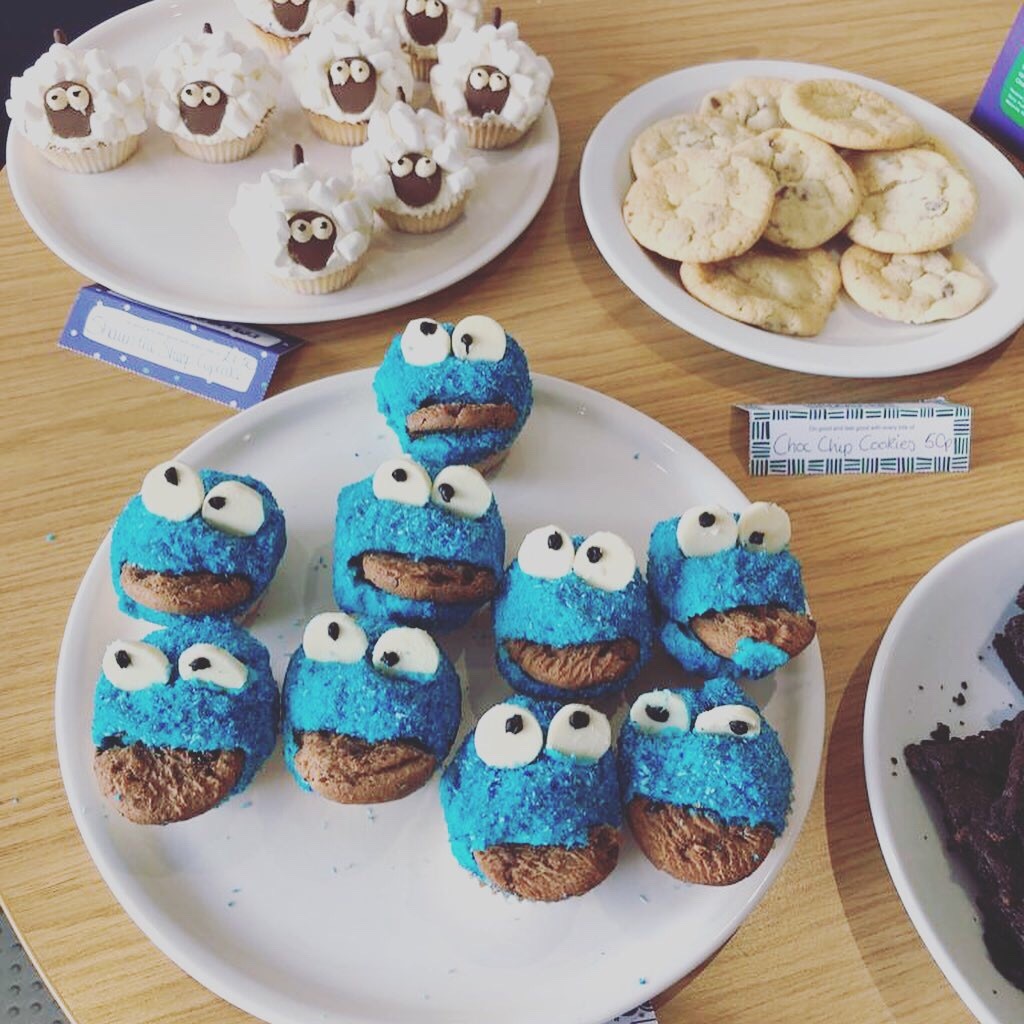 As 11 o’clock approached the team and I took everything downstairs to the communal area to set up. 11 o’clock hadn’t even swung by before people started arriving, we didn’t even have time to grab a pre-sale set up photo. It was great - for the first 45 minutes people kept flooding in and we raised over £75 in that short amount of time - incredible. As the turn out slowed down I set up an honesty box as my replacement, it was after all, a working day.

Later, in the afternoon, I went down to check progress. After a slow lunchtime, I brought the rest of the sale up to our floor making the last of our baked goodies a little more exclusive for the final hours. It was definitely the right thing to do, as the cakes began to fly again as everyone on the floor seemingly emerged for their midafternoon coffee, realising they could also do with a sweet snack.

We started the day with 3 tables full of various baked goods and finished with just one box. When all the goodies were we finished on a whopping total of £154.07, I couldn’t have been happier - what an event - what a great example of teamwork.

Back to blog articles

Stay in touch with news, offers and insights.